8 Famous Women Psychologists in the USA

To cater to the high demand of psychology related services over the century, many practitioners have surfaced to add value to this global industry. However, only a few have made a name for themselves as they are indeed a cut above the rest. This list below is not in any particular order or rank, but it highlights a few of those famous women psychologists in the USA that are nationally known for their vast contribution to the field of psychology. 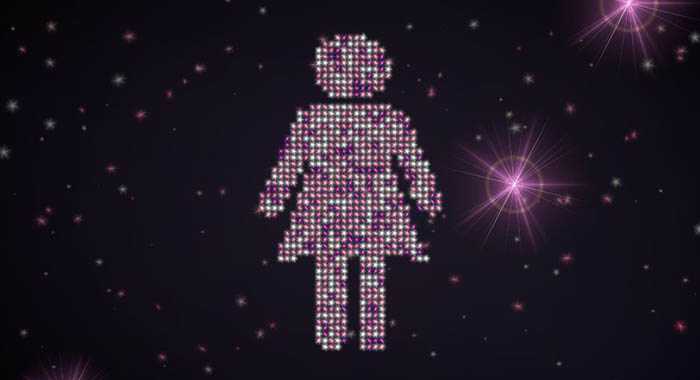 Dr. Shapiro is a PhD holder in clinical psychology from California’s Professional School of Psychological Studies. She is widely acclaimed for her development of Eye Movement Desensitization and Reprocessing (EMDR). Dr. Shapiro has received a number of awards due to her outstanding work – the most notable award is the International Sigmund Freud Award. Dr. Shapiro’s most recent book is Getting Past Your Past: Take Control of Your Life with Self-Help Techniques from EMDR Therapy, 2012.

Dr. Johnson, a graduate from the University of British Columbia has a doctorate in counseling psychology. She serves as a director at the non-profit organization she co-founded by the name of International Centre for Excellence in Emotionally Focused Therapy. She is responsible for developing the Emotionally Focused Therapy which is an approach to help couples solve problems and develop bonds. Dr. Johnson’s latest book is called Love Sense: The Revolutionary Science of Romantic Relationships. Spanning many decades, Dr. Johnson’s research is chronologically archived in her book called Hold Me Tight: Seven Conversations for a Lifetime of Love.

Dr. Anderson is internationally recognized for her superb work in the area of marriage and family therapy. She is also well known for her contemporary approach to educating, coaching, thinking as well as consulting. Dr. Anderson serves on the editorial committee on many journals and is the author of ‘Conversation, Language, and Possibilities — A Postmodern Approach to Therapy’. In the year 2000 she received the Outstanding Contributions to Marriage and Family Therapy Award. Her latest book is called Masters Narrative Collaborative Therapies.

After earning her MA in Psychology from the University of Pennsylvania, Dr. Denmark earned her PhD in social psychology from the same institute. She has extensively worked on the psychology of women and gender, prejudice and stereotyping, women and aging, women’s mentoring and leadership as well as culture and ethnicity. Dr. Denmark held the prestigious position as the 88th President of the American Psychological Association. Owing to her focus on women in psychology, Dr. Denmark was one of the founders of the Association for Women in Psychology. Dr. Denmark has published nearly 12 books during her career.

Dr. Firestone earned her PhD in clinical psychology in 1991 from the California School of Professional Psychology. Her field of focus in psychology has been suicide and violence prevention along with psychological defenses. Dr. Firestone is the senior editor at PsychAlive (psychalive.org) and she also serves as the director of research and education at the Glendon Association. Her work includes creating quantifiable measurements that assess the threat of suicide and violent behavior, known as Firestone Assessment of Self-destructive Thoughts.

With a PhD from Oxford University in experimental psychology, Dr. Gopnik is best known for her work in the learning and development of children. She also has a strong focus on cognitive and language development. Quite the celebrity, Dr. Gopnik has featured on a number of TV and radio channels to discuss relevant subjects. Dr. Gopnik is the author of a 100 plus articles published in various journals. Some of her most popular books include ‘Words, thoughts and theories’, and ‘The Scientist in the Crib’. Dr. Gopnik has been appraised as a very talented writer who has the ability to relate her research work into an understandable language.

Dr. Fredrickson earned her doctorate from Stanford University and focuses on the fields of emotions, mood, health psychology and genetics. At the University of North Carolina Chapel Hill she is the Kenan Distinguished Professor. Dr. Fredrickson has received a number of honors and awards including the Society for Experimental Social Psychology’s Career Trajectory Award, American Psychological Association’s inaugural Templeton Prize in Positive Psychology, and the inaugural Christopher Peterson Gold Medal.

Dr. Loftus is a highly decorated psychologist who is currently a Distinguished Professor at the University of California, Irvine. Her area of expertise is the human memory where she has conducted numerous researches and experiments. She is a strong believer that information that we absorb can alter human memories. Dr. Loftus’s 4th book known as Eyewitness Testimony won the National Media Award in 1980 from the American Psychological Foundation. She has served as the President of the Western Psychological Association and the Association for Psychological Science.

Blog Categories
Degree Levels
College Programs
Featured Careers
Copyright © 2022 PsychologySchoolGuide.net. All Rights Reserved. Program outcomes can vary according to each institution's curriculum and job opportunities are not guaranteed. This site is for informational purposes and is not a substitute for professional help.