5 Best States to Work as a Psychologist

Once you have decided to begin your new, thriving psychology career, your next major task is to look for a state where your efforts and knowledge will be well-compensated. Psychologists basically study the human mind and how it influences emotions and behavior. As psychology is such a universal field, a new psychologist can find work virtually anywhere. However, you no doubt want to examine the job market and determine what would be the best possible location to begin your new career as a working professional. This guide is designed to help you with that search by listing some of the best states in which a psychologist can work, as ranked by earning potential. 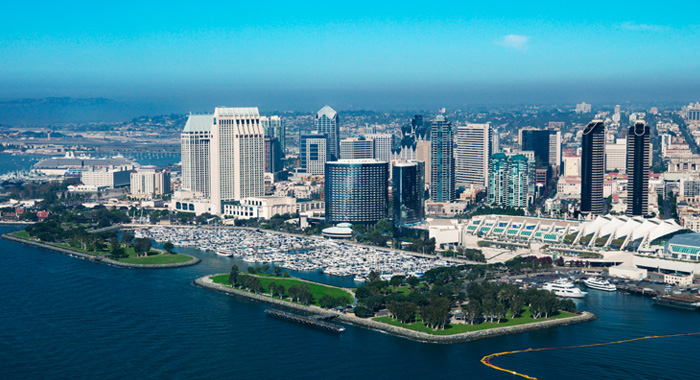 California is one of the most multicultural states in the country, which lends itself perfectly to psychologists who can understand cultural differences and the influence these disparities have on individuals’ thoughts, emotions, and behavior. As the state’s population continues to grow, there is a dire need of treatment for patients with various behavioral and mental abnormalities. In addition, the constant influx of immigrants moving to the area means a steady pool of clients who often need psychological help and support as they adjust to the vast cultural and social pressures of living in a very interracial community. Psychologists can help ease the transition from migrant to resident through different psychological therapies, psychiatry, and advice counseling. California offers the highest salary rates in the country, with professional, licensed psychologists earning anywhere between $52,000 to $116,000 annually. For those with spouses who also need to find work, the state has many positions available in some of the country’s fastest growing and most lucrative industries, such as petroleum, aerospace and aeronautics, and information technology.

As the most heavily populated city in the United States and one of the largest cities in the world, New York City enjoys a reputation as a national and global economic powerhouse. The larger state is also highly industrialized and multicultural, which often leads to difficulties among lifelong and new residents alike. To address the cognitive and behavioral changes necessary for living in a fast-paced environment, industrial-organizational psychologists are in high demand due to the constant flow of trade and economic activities. The average psychologist in New York earns an annual salary of $96,589, well above the national average.

In the state of Illinois, Chicago has been ranked as the best place for psychologists to work. Due to rich agriculture production, the central location of the state, and manufacturing and urban centers in Chicago and surrounding areas, psychologists are employed in almost every economic sector,whether it’s industry, clinics, or schools. The state’s 4,460 registered psychologists primarily work in schools. The average yearly salary for a trained psychologist is $82,877, but this number could go higher depending on experience and education level.

Pennsylvania is a great place for psychologists to find employment in government services, applied industrial psychology, and research and development, as it is home to and near several major cities, depending upon where exactly one lives in the state. Most psychologists in the area work in public health, social services, and education. The average annual salary for a psychologist working in Pennsylvania is $86,175.

It has been said that everything is bigger in Texas, so it should come as no surprise that this also holds true for the job opportunities. Psychologists in particular, after dedicating years to education and training, expect and receive just rewards for their efforts. Much like California, Texas has a very mixed ethnic community and a vibrant multicultural flair, though its large population does bring about various social and cultural issues that sometimes people need psychological help in addressing. To support the ever-growing population, the social services collectively form a large, vital infrastructure in the state; psychologists therefore play a pivotal role in making positive changes to society’s health and growth by offering their services in this great state.